David is the typographer, layout designer, and ace copy editor at Lucky Valley Press. He likes to design with type, using the interplay and shapes of headers and body text to express each book’s personality. David has designed the covers and interiors of more than 55 books, including two of his own. You can view many of them via the links on this page... 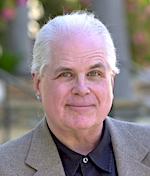 After classical conservatory training in Montreal and Chicago in the 1970s, David appeared as tenor soloist with virtually every major North American symphony orchestra, and with other orchestras and festivals on four continents. He sang 60 principal roles on major opera stages in the US, Europe and Japan, and can be heard in several centuries of music on 15 classical CDs.

David became a designer during his classical music career, and by the early 90s he was producing brochures and PR material for himself and his performing arts colleagues. 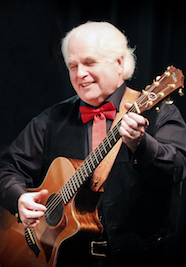 David began singing with acoustic guitar in 1960 as a teenager in Pennsylvania and he never stopped, despite his four-decade ‘detour’ into classical music. Throughout his opera and concert career, David has enjoyed a parallel life as a self-accompanied solo musician. He’s especially known for his narrated programs of thought-provoking and uplifting songs from more than a century of great songwriters. Visit David's Audio/Video Page

In 2017 David published The Little Bach Book, a richly illustrated look at the surprising realities of daily life in Leipzig when J. S. Bach lived there in the early 18th century. It's a unique book and has sold thousands of copies around the world. 160 pages, softbound, 6x9 inches, 82 illustrations, maps, timelines, bibliography.

David is also the author of Carmel Impresarios, a cultural biography of two visionary women who helped establish the little village of Carmel-by-the-Sea, California, as an artistic hub in the 1920s and 30s. They were artistic pioneers who joined their lives and careers to do wonderful things for their community. 400 pages, 7x9 inches, 300 vintage illustrations, extensive reference and source material.